Southway Builders was selected to serve as construction manager for the Parkway Theater renovation. Redevelopment of the Parkway Theater, and adjacent buildings on North Ave and along Charles Street, is a transformative ground breaking public-private partnership between the Maryland Film Festival, Johns Hopkins University, the Maryland Institute College of Art and Seawall Development Company.

The Parkway will have three components: cinema, live music, and education. At the core of the Parkway is cinema. The goal is to renovate and historically restore the Parkway Theater and adjoining properties into a 3-screen film center. The project would transform the Parkway’s original auditorium into a large film and music space, add two smaller theaters, several smaller private screening and filmmaker seminar rooms, year-round offices for the Maryland Film Festival, and an innovative food venue that would be run by a proven restaurateur.

Building off the highly acclaimed Maryland Film Festival, the Parkway will bring to Baltimore the new fiction and documentary films screened at the festival, as well as scores of others from festivals like Toronto, Sundance, and SXSW. Every year, only a handful of these acclaimed movies come to Baltimore because there are no venues to show them. These films, which often end up on multiple year-end “10 Best Lists,” are an important part of the cultural life in cities such as New York, Boston, Chicago, and Los Angeles.

In addition to cinema, the Parkway may also showcase live music and artistic programs, as well as presentations and discussions. 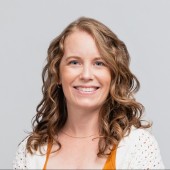